Holidays in Montepulciano among landscapes and art

A Tuscan country to discover

Montepulciano, 605 meters above sea level, is located on the hilly ridge between Valdichiana and Val d’Orcia in the south-eastern part of Tuscany adjacent to Umbria region. It is located in a beautiful dominant position with breathless views of the surrounding valleys.

Lying on the top of the hill, it preserves its medieval aspect to which are added important Renaissance evidence that underline its period of maximum magnificence. Allied to Florence in the 15th century it was the time of Poliziano, of Pope Martin Vth and his secretary Bartolomeo Aragazzi.

The following century the town had a great impulse in the architectural arts. Antonio da Sangallo il Vecchio, Jacopo Barozzi known as Vignola, Baldassare Peruzzi, Ippolito Scalza built magnificent patrician residences, splendid churches and various points of the urban center were embellished. Montepulciano obtained the highest possible recognition of DOCG in 1980. The Consorzio del Vino Nobile is the first producers’ consortium and it brings together and safeguards all the wineries.

The art of wine in Montepulciano has been recognized since ancient times, from the Romans to other important persons who enjoyed the quality features of the Nobile di Montepulciano. In the town there are many traditional celebrations more or less linked to the history and traditions of the place, the Bravio delle Botti which involves all the different Contrade in a competition, the Bruscello theater show with non-professional actors, wine events as Calici Sotto le Stelle in August and the Preview of Vino Nobile in February.

Blessed be who invented wine that makes me feel happy all day long. Cecco Angiolieri (1260 – 1312 circa) 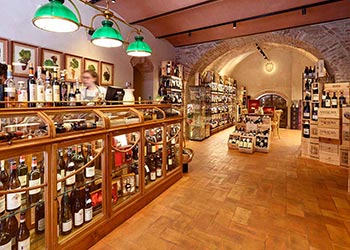 Medieval environment, rare quality wines in Montepulciano. Bacco’s Paradise, our staff will advise you to make the right choice. 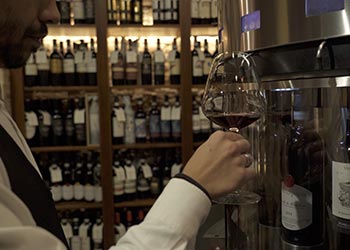 Technology and tradition. The Enomatic technology allows to taste wine so that you can choose the wine that suits you the best for a tasting, an aperitif, a dinner or for a meeting with your friends.

What to visit in Montepulciano

The town is a work of art. There are wonderful palaces and works of great architects. Here everything is history, harmony, sudden glimpses open vast views in front of you. If your stay will be in August there are several celebrations of the Contrade so dear to the Poliziani and very suggestive, linked to the history of this magical place. There are many traditional attractions that take place in the alleys, in the Contrade where you can attend the shows. 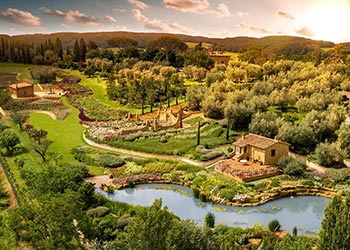 Get in touch with yourself and with nature. There are hundreds of plants from all over the world, Associato Grandi Giardini Italiani. 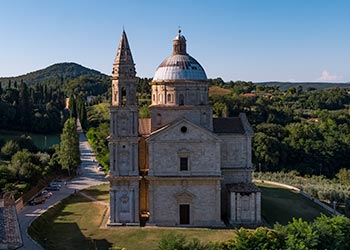 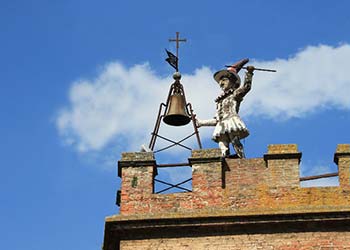 A renovation intervention by a bishop from Naples brought a Neapolitan mask to strike the hours on the top of the Tower in Montepulciano. 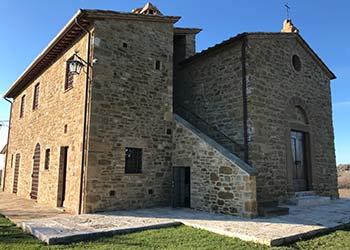 In 1749 it had under its spiritual protection, 130 houses and 600 lives. Reduced to a ruin, it was restored in 2016 and placed under the protection of cultural heritage in 2014. 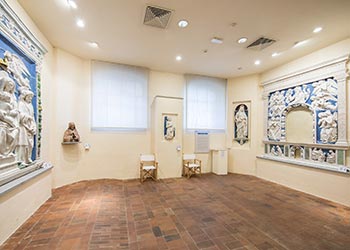 You can ask our staff to plan for you a tour on your arrival, so you can visit the typical cellars, particular places or the surrounding countries.